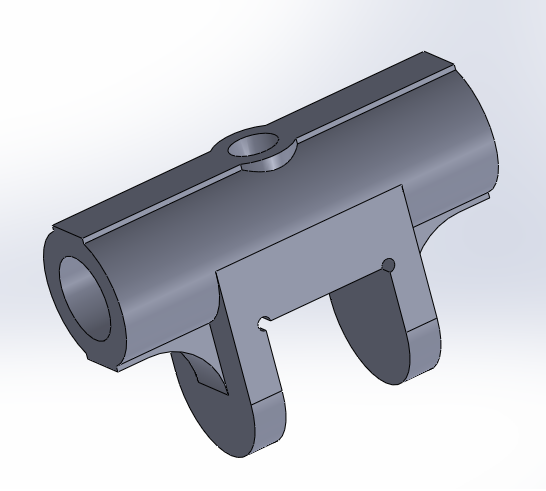 Here I summarize some questions, which I had asked myself and on which I had found the answers.

Why the impedance of the antenna is 50 Ohm when the open dipole has 73 Ohm?

An antenna that has multiple elements also has an impedance that is different from the impedance of the dipole. The same is true for the bent dipole. The goal of the modeling is to minimize SWR and to remove the matching element. In the perfect case, the impedance of the antenna is equal to the impedance of the cable (transmission line). However, there are some cases when it is impossible to achieve this. For example on HF, the size of the antenna is dozen of meters and the impact of the earth is high. In these cases, a tuner is a necessary part of the radio station. On UHF well designed and well-made antennas don't require any tuner at all (what is good, because we also have losses inside the tuner).

What should be the material of the antenna?

Under the term "antenna's material" I mean the material of antenna's elements and the intermediate connection material.

The material of the antenna element should be ideally high conductive (copper for example), but this is expensive for big antennas. The other extreme is steel and alloys. The best compromise is aluminum. Usually, people use tubes of different diameters or rods. The diameter is chosen from the consideration that it would not be bent under its own weight or weight of the bird which will sit on it.

Connection material should be dielectric (wood, plastics). For long antennas, we obliged to use a metal, otherwise, the boom would bend a lot. For low noise antennas, the usage of metallic parts is not preferable because this elements have certain temperatures and emits in a wide range of frequencies (see Planck's law). The most unpreferable to have mounting or connection element which are parallel to the antennas dipole.

In our case, the antenna is quite long (3 m), so I'm obliged to use aluminum boom, however, the mast (at least a few meters) I will make from a dielectric material (plastic canalization tubes).

Because, that what I had found in Leroy Merlin. I had tried to play with tubes diameter (change 6mm tube on 8 mm) in simulation and I got an improvement of antenna parameters in 4nec2 and deterioration in CST. I trust more in CST simulation, so I keep this diameter (and also because I didn't find enough 8mm tubes in the shop).

Why use open and not bent dipole?

The bent dipole has two main advantages over the open one: The first is the higher impedance (200-300 Ohm) what is cool in antenna arrays, but I don't need it. The second is that antenna is broadband, this is good for TV but not for me (I need 1-2 MHz).

Why use the reflector?

and full opening angle is about 100 deg. The reflector was optimized in 4nec2 and checked in CST.

How to mount the elements to the boom?

If the boom is metallic, it would be good to mount it throw dielectric intermedium. It can be made from tube by yourself or bought in the shop. In the middle of the element is a mounting point to the conducting boom because there is zero tension. Personally I print the interface on a 3D printer (see image on the top of the note).

Step to the neutron stars 7. Some practical questions