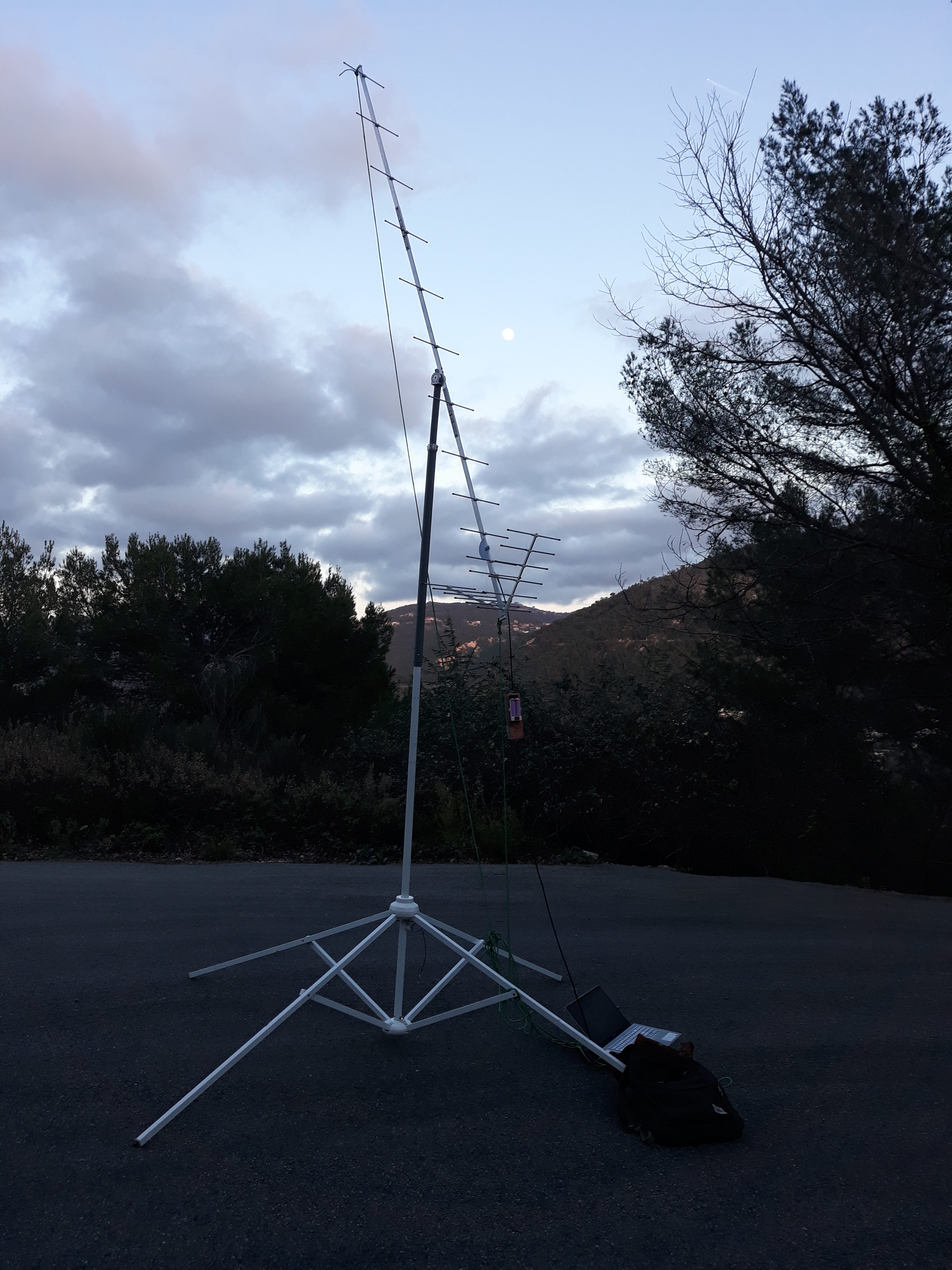 At the beginning of February, I again made new attempts to catch the pulsar. Once it was a fail (cable disconnected from the antenna and I had noticed it too late), the result of another attempt is here. I had changed the observation place to quieter and I had increased the observation time to 1h5.

Traditionally I had started with an antenna test.

RFI is low, but I cannot read the picture below. I had tried to play with filter parameters and I get if there is a lot of red -- it's bad.

It is not so good. One of the solutions would be to increase observation time, but its not a solution for me. I bought a HackRF software, and so I had increased the bandwidth. I also put the preamplifier in the correct place (close to antenna). The data in the middle is cut because receive has DC component in the mixing signal. The result of the other attempt:

Honestly, I'm a bit confused. It is far from what I expect to see...

Step to the neutron stars 13. A new attempt