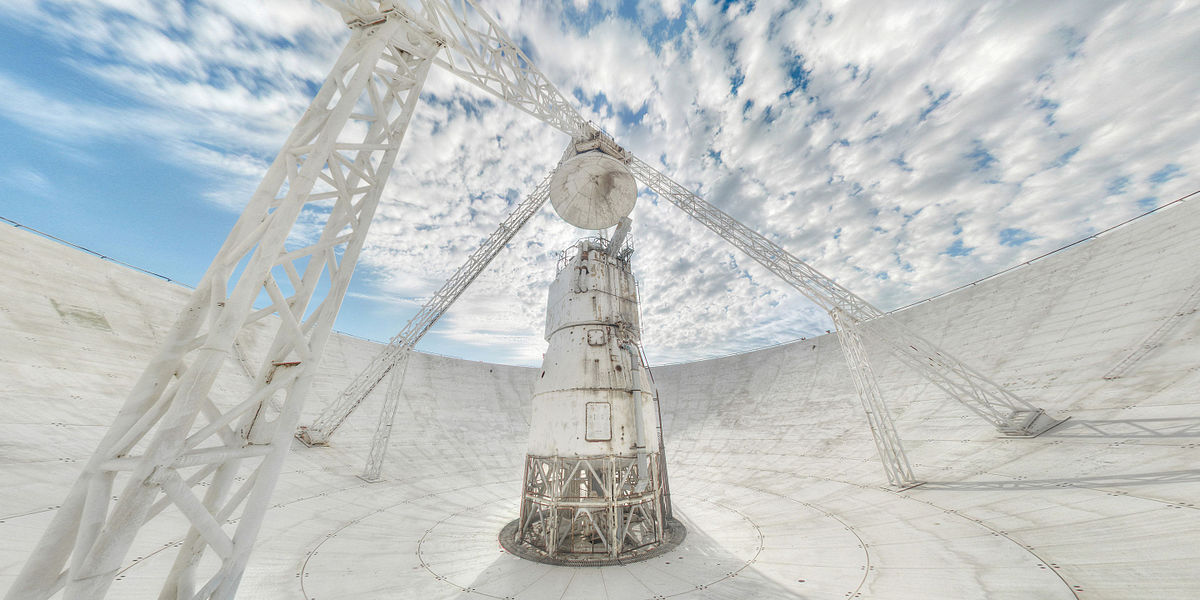 Let us consider a source of unpolarized flux density

. This flux is collected by a telescope with an effective area of

is the geometric area of the telescope and

is the efficiency of the telescope. Since the contribution of each of the polarization is half in the total flux, so the power density [

] on the receiver is a simple product

On the other hand, let us consider the antenna as a simple resistive load. The received flux "heats" this load to temperature

. The chaotic thermal motion of electrons ( Johnson-Nyquist noise) in this load causes an alternating voltage in this scheme which is measured. As the thermal motion noise has a power density of

is the Boltzmann constant), so flux can be replaced by temperature:

where G (gain) is gain of the antenna. To derive this,

was used. The gain here is not in dB or times but in units of K/Jy. The example of gain for two telescopes:

The usage of temperature units for flux is much more convenient in practice. However, even before the receival, the antenna is already heated to some temperature of the receiving system

. This temperature is basically noise:

is receiver noise (approximately 20 K for the cooled systems),

arises from the radiation of the Earth's atmosphere, and

is the background radiation of the sky (CMB, synchrotron radiation in the Galaxy plane) and depends on the point and frequency of observation (10-30K, in the center of the Galaxy 800K).

It is logic to assume that the signal can be detected if it is stronger than the noise fluctuations in the receiving system. The RMS value of the fluctuations is:

is the bandwidth of the receiver,

is the duration of the reception, and

Let's we have a pulse with a period of

, and a peak amplitude of

, which sits above the noise of

. The noise fluctuations in this case are sums of two parts: in the moment when pulse is present

and when there is no pulse

It's ok to assume that

is the observation time.

If you now go back to the density of the flux, the average of the period will be:

You can already use this equation. Sometimes there is a need to determine the minimum flux density that a radio telescope can detect, and then an additional correction factor

is introduced for the non-perfection of the system.

Oddities arise from signal digitization and other effects. Usually

is a little more than one.

So the smaller the

, the weaker signals of the pulsars can be observed. It can also be seen from the equation that it is easier to observe pulsars with a narrow pulse width

. The quality of the data depends also on the observation time

of the receiver. However, this two are under root, so an increase of the observation time by four times will only improve the data by a factor two. The increase in the antenna gain

or to reduce the noise

is more efficient as they are in linear proportionality. To be scientifically clear, a high signal/noise value of

is required to reliably confirm the pulsar signal. Professional astronomers use

I recommend to read the "Handbook of pulsar astronomy" of Lorimer and Framer. This note is basically one of the appendixes.